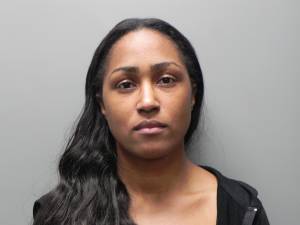 Scottsboro AL- On October 25, 2017 the Scottsboro Police Department received a report of Theft by Deception 1st. The victim was contacted by an unknown person who stated that the victim had won eight million dollars. The victim was told that he would have to send them a check for $10,000.00 to cover the taxes before he could claim his winnings. The victim sent the individual the $10,000.00 but never received any money in return.

Detectives with the Scottsboro Police Department were able to track the victim’s check to the bank it was deposited and then withdrawn from. A warrant was issued for Shante Nicole Shakes B/F/24 of New Jersey and she was arrested and charged with Financial Exploitation of the Elderly as she re-entered the United States from a vacation overseas. Shakes was extradited to Scottsboro AL on 1/31/2018 and is currently out on a $10,000.00 bond.