In the early hours of July 16, 2015 the Scottsboro Police Department responded to the 1100 blk of N. Houston in reference to a shooting. Officer's arrived to find a 45-year-old male shot in the chest. While officers were on the scene another gunshot rang out close to where they were at. A few minutes later, a subject matching the shooters description walked out from behind a residence across the street from the crime scene and then walked back into the darkness. As officers tried to locate the subject, a detective that had just pulled up to the scene observed the subject running. Officers chased the suspect and located the subject hiding in the back yard of a residence on Poplar St. Roosevelt Lovell Anderson B/M/ 52 of Scottsboro was arrested for ATTEMPTED MURDER, POSSESSION OF A PISTOL BY A VIOLENT FELON, AND ATTEMPTING TO ELUDE A POLICE OFFICER. The shooting was the result of an argument that had begun earlier that day between the two men. 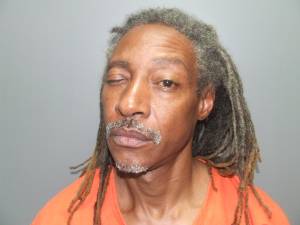 Mr. Roosevelt will be transferred to the Jackson County Jail and no bond has been set at this time.