During the early morning hours of October 16, 2015, Scottsboro Police patrol officers stopped a vehicle for an equipment violation in the 2300 Block of John T Reid Pkwy. The driver, April Herndon, 39 of Scottsboro, was determined to be intoxicated and was charged with DUI. Herndon was transported from the scene to Highlands Medical Center for a medical issue. While at Highlands, approximately 29 grams of crystal methamphetamine and several syringes were found in Herndon’s possession. She was charged with Drug Trafficking (Meth) and Possession of Drug Paraphernalia. Herndon was transported to the Jackson County Jail. Bond will be set at a later time. 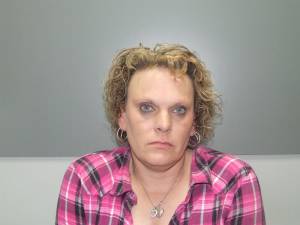