On October 25, 2015, Scottsboro PD patrol officers were involved in a brief vehicle chase that ended in the 500 Block of Center St. Officers quickly apprehended the two vehicle occupants. Jerry Lebron Hobbs, 26 of Scottsboro, was arrested and charged with Manufacture of a Controlled Substance (Meth), Possession of a Controlled Substance and Possession of Drug Paraphernalia. An active meth lab was found inside the vehicle along with numerous items of drug paraphernalia. Hobbs was transferred to the Jackson County Jail.

The driver, Natasha Harwood West, 28 of Decatur, was arrested and charged with Attempting to Elude Police and Possession of Drug Paraphernalia. 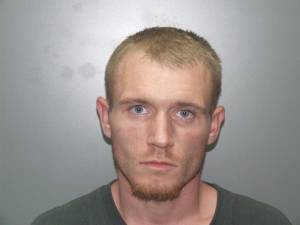