During the event, Chief Dawe addressed the department employees and thanked them all of them for the great job they did this past year. During 2015, there were minimal employee accidents and complaints. Dawe said, if not for their work ethic and professionalism the people of the community would not receive the quality service that a police department should provide for its citizens. Chief Dawe also thanked the Mayor, City Council and the public for their continued support of the Scottsboro Police Department.

Officer Coty Durham was the award recipient for “Employee of the Year”. His award was one that is voted on by his peers where all the employees reflect about who was an all around good employee, performs their job exceptionally well, most likely to succeed and gets along well with other employees and the public. 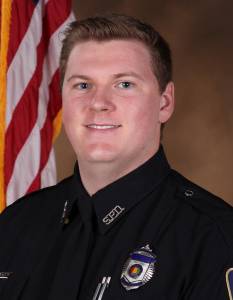 Officer Ann Cornelius received the “Chief’s Award”. Her award was one where Chief Ralph Dawe and the command staff of the police department acknowledge a police employee that has excelled within the past year and has shown an exceptional improvement of work ethic and team player attitude. 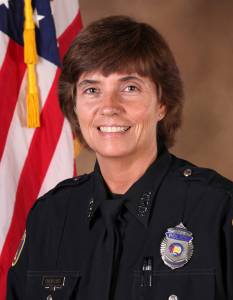 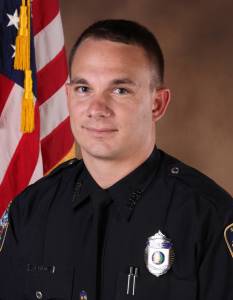 The Administration Division received the “Top Gun Shift Award“. This award is given to the shift that acquired the highest combined shooting scores. 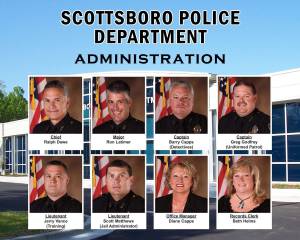 Lieutenant Scott Matthews received the “Veteran of Wars Award”. This award recipient is chosen by the Chief Ralph Dawe and submitted to the local VFW post and will be eligible for the national awards. The local VFW will have a formal presentation sometime in April to honor Lt. Matthews. Chief Dawe chose Lt. Matthews for his dedication and impeccable performance throughout his career working in different divisions within the department. Lt. Matthews began his career as a jailer and advanced to a patrolman, detective and is now assigned as the departments Jail Administrator. As a detective, Lt. Matthews was instrumental in the investigation of several high profile criminal cases and was the lead detective in a murder case that led to the arrest and conviction of the perpetrator. 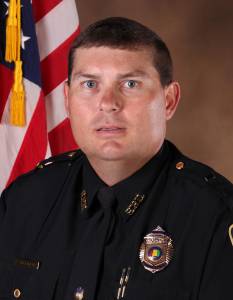