On November 1, 2016 at approximately 8:30 P.M., Police received a call of a traffic accident at the intersection of Hwy. 72 and Hwy. 79.  Upon arrival, police learned that one of the vehicles involved in the traffic accident had left the scene.  The other vehicle involved, contained two passengers that were injured as a result of the crash.  A short time later, police received a call reorting that a white truck was stalled off of County Rd. 17.  Officers checked that truck and found evidence the truck had been involved with the earlier crash and that the driver had been drinking alcoholic beverages.  Subsequently, police arrested James Robert McCombs, 54 of Scottsboro.  McCombs was charged with DUI, Leaving the Scene of an Accident with Injuries, Assault 2nd and Violation of Open Container Law.  He was later transferred to the County Jail. 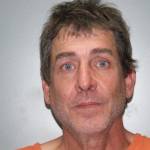